By: lizzie
In: Writing 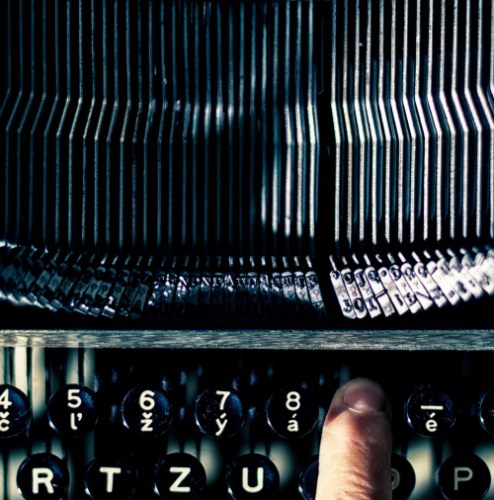 As writers, we like nothing better than to make up stories, weaving intriguing plots for our fascinating characters. The trouble happens when that creativity leaks into our personal lives and we end up telling ourselves little fibs.
A writer’s life can be lonely and difficult. It may look glamorous to those on the outside but sometimes writing can be like pulling teeth without anaesthetic. And that’s on a good day!
It can be particularly bad if we are trying to fit in the writing around other things in our life whether that be jobs, children, family or something else that takes up our time. No wonder we try to make excuses for any problems we encounter.
We’re an imaginative lot and however useful that is for crafting a story it comes with its own problems. Don’t let the standard writer’s excuses be a reason why you aren’t writing. These four are ones that creep up on me most frequently. If you have any others or great ways for overcoming them, drop me a line and let me know.
1) Writers block – the myth and the reality!
Hmmm, does this one exist or doesn’t it? I know of a few writers who think it is all in the mind and you must just work through it. That is easier said than done when your mind is blank though. Sometimes it seems insurmountable but I do find it helpful to imagine it doesn’t exist.
If I am stuck with a particular scene I am writing, I leave it.
I know that sounds counterproductive but if I stop and pick another scene to write that I am happier with, it has effectively eliminated the writer’s block. I know the problems with the original scene will still be there but at least I have still managed to use my precious writing time, well, writing! There will be time to revisit the tricky one later particularly if I can ponder over whatever the problems are while I am doing something else – cooking dinner generally, if you’re interested.
2) I don’t need to plan – it will cramp my creativity.
That may be true and not to plan may suit a certain type of writer. The trouble occurs when you are tight for time and which of us isn’t. A little time spent planning will help the writing go a whole lot more smoothly. It does take a while at the beginning of a project but I find it repays dividends when I am actually writing.
Your whole novel doesn’t have to be planned in meticulous detail if you really are against it but it will help even to have just a broad outline.
I am boringly methodical I’m afraid and I plan everything down to the smallest detail. It doesn’t mean that I can’t change things if I see fit as I go along but if a framework is there, I find it easier to get in the zone and finish what I wanted to write more quickly. Because I have to slot in my writing during a day of looking after my children, I often find myself with only 10 minutes or if I’m lucky, half an hour of free writing time. I don’t want to waste any of that thinking where my characters are heading. I like to know as soon as I sit down what my goal is, or rather what their goal is.
3) I’ll do it tomorrow – I haven’t got time today.
This is fine if you really don’t have time but it is very easy to let the writing slip. Before you know it you won’t have written for a week, or a month or you’ll come across your manuscript and realise it’s been a year since you wrote anything.
If you are serious about writing, then you must force yourself to find the time. It’s not going to be easy some days but if you let it slip once, it’s easier to let it slip a second time and before you know it you’ll be joining the ranks of the millions of people who would love to write a book but have never bothered.
Don’t fall into that trap.
Try to make that time for yourself even if it is simply a few minutes.
If you get used to writing every day, it becomes harder to make the excuses and every little helps (with no reference intended to supermarket slogans!).
Always remember, you have got the time somewhere. You just have to find where. (If you are struggling to find the time to write and you haven’t yet, pick up my free book “How To Find The Time To Write” on Amazon)

4) What’s the point? I’ll never write as well as —— (insert author of choice here).
It’s true, you might not write as well as your favourite author but don’t forget that the work you see will not be their first draft.
It will have been written, then rewritten, then edited and edited some more. Basically, it will be honed to within an inch of its life before you get your grubby little hands on it. Their first draft may well be seriously ropey so don’t let that stop you writing yours. You too can hone your creation until it shines.
Also, the author you are thinking of has potentially been writing for some considerable time. They have been practicing and learning. Who is to say that you don’t have that ability? If you don’t think you do now, it doesn’t mean with practice that you won’t at some point. Don’t be afraid of writing. If you’ve just started then think of it like training for a marathon. You wouldn’t be able to run the whole 26 miles straight away but chip away at it, keep learning and you’ll get there.
Today’s 5 minute task
Don’t give up.
That is the most important lesson. You will find it difficult to write sometimes, whether that is because of one of the reasons above or one of the thousand others that plague writers. You’re not on your own. We’ve all had the same problems but with perseverance and constant learning, you too will be able to finish that novel.
I am willing to bet that everyone who has completed a novel has struggled at some point. The successful novelists are the ones that didn’t give up.
Whatever is causing you not to write today, take a deep breath and believe you can overcome it. The mind is a marvellous tool and you can fool it into thinking almost anything. If you believe you can write a book then you can. Don’t let anyone tell you differently, particularly your own brain!
If you are troubled and can’t write, set aside 5 minutes now and try to write 300 words on anything.
Absolutely anything.
A diary of what you have been doing since you got out of bed if you like. (I won’t complain if you want to write more but 300 should get you going.)
If you manage that then that takes care of 1) and 3) above. The inadequacy caused by 4) may never totally leave you but if you actually manage to finish your book you are well on the way to proving that you are as good as the best of them. Only by doing can we prove we’re worth it
For problem number 2), there is no alternative than to do a little planning. If you are stuck because you aren’t sure where to go next in your story, spend your 5 minutes planning an overview of your whole story instead.
I hope some of that gets you going and back into the swing of writing. Now I must take my own advice, I’m struggling with a particularly annoying scene that I have put on the back burner to write this instead. 300 words – here I come…

2017-01-23
Previous Post: Are you struggling to find the time to write?
Next Post: Can’t keep up? 5 ways to be more focussed on your writing

If you would like me to send you hints and tips from time to time and be the first to find out about any giveaways or freebies then click here to join my mailing list.

No spam I promise and as a thank you I will also send you my free book 'How To Find The Time To Write' and a couple of bonuses as well.

We use cookies to ensure that we give you the best experience on our website. If you continue to use this site we will assume that you are happy with it.Ok